some suggestions from our editors 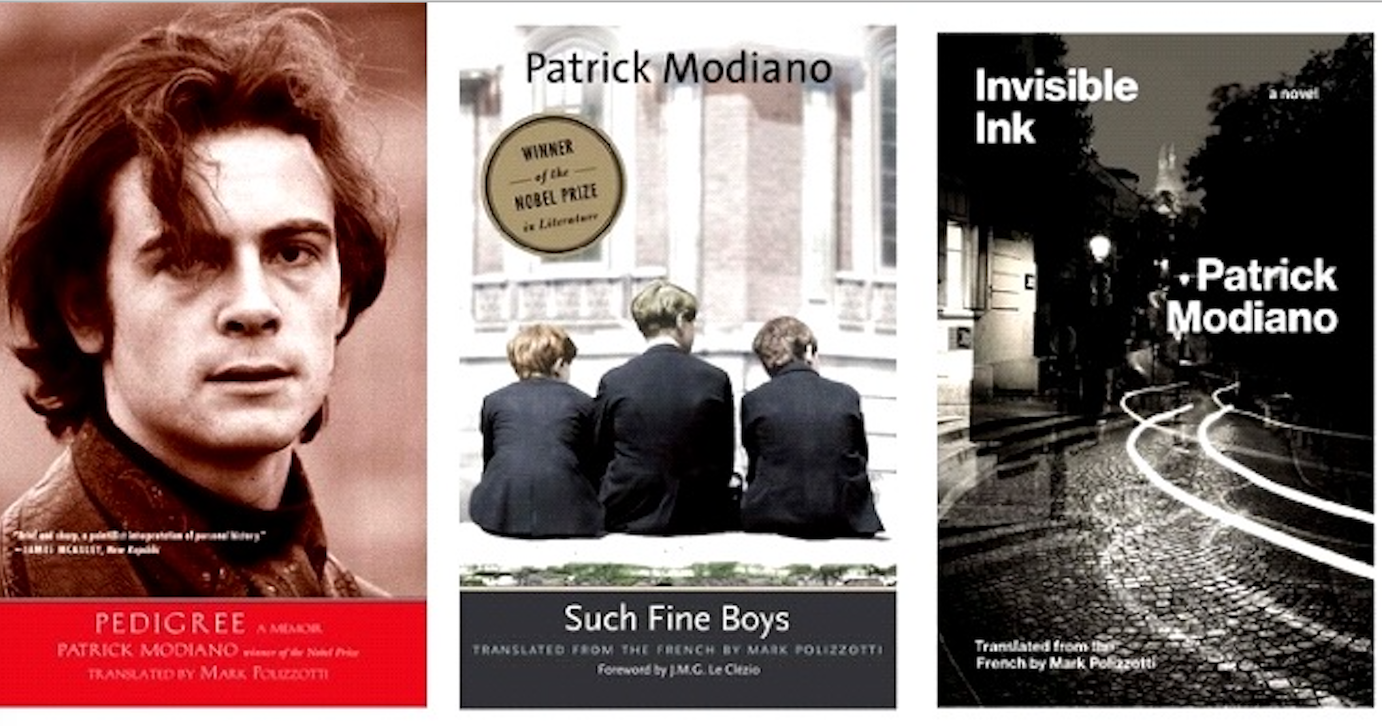 In Paris in 1975 I bought Patrick Modiano’s first novel, La Place de l’étoile, and have been reading him ever since. In 1978 he won the Prix Goncourt and in 2014 the Nobel. Both awards came as a surprise to him, and to most of the literary establishment. While he is admired and widely read in Europe, many American readers have not yet discovered him. They should. Fortunately, most of his books are now available in English, many in superb translations by renowned translator Mark Polizzotti. Modiano’s main themes, in really all of his works, are memory and desire, imbued with what Unamuno described as “the tragic sense of life.”

A reader can start anywhere, of course, but I suggest that a good first read might be Pedigree, his bittersweet impressionistic memoir that chronicles his tumultuous early life amidst tragedy and a vivid cast of characters ranging from gangsters to a circus troupe. The fictional counterpart to Pedigree is Such Fine Boys, a tale of 1960s boarding school life. Despite a subject that could easily fall into a series of clichés, Modiano is such a master that the book is riveting, tender, and important for what he reveals about the human heart.
A more traditional Modiano is his latest to be translated into English: Invisible Ink. On the surface a detective fiction, the substrata, however, is profound. Memories (many unreliable), a quest for answers for unasked questions, illusion and reality all combine to create a tense, dark, unforgettable atmosphere of menace and loss.

Don’t take my word for it. Read. There are somewhere around another 20 Modiano books to capture your attention, and perhaps even your heart.

(Please note, click on the bookcover images . We have linked to Bookshop.org whenever possible, but each linke will take you to a site where these books can be ordered online.  The UK Bookshop.org can also be accessed online.)
From Consulting Poetry Editor, Dana Delibovi
From some of the notably mentioned titles from Consulting Prose Editor, Jan Schmidt's essay On Reading:
One from one of our Senior Co-editors, Bronwyn Mills: 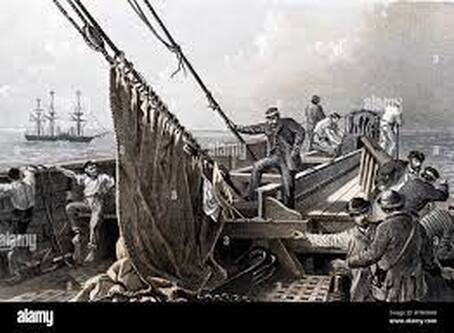 In these days of form over content, I am aways deighted to read a book which is not only well crafted but also gives me something substantial that I can sink my teeth into.  Partly, I fault university MFA Writng programs, the cash cows of far too many instituions of higher learning; too many  produce writers whose craft is like a polished statue—burnished, gone over centimenter by centimeter so everthing is appropriately smooth and glistening. Yet the creature so immortalized, like the absence of caritas amongst Christian faithful, is “a sounding brass or a tinkling cymbal…”

​Admittedly, a book about a long distance walk does not automatically sound like an alternative to absence of substance. It’s not fiction, not a genuinely the great, name-your-nation’s novel; and, in fact, for our US  readers, it is not even about the US.  Nor, like the biking through Europe tours, is it an invitation to tourists to make such a journey simply so they can say they have done it. 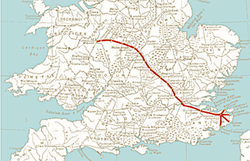 The book by John Higgs, is titled a bit archly, Watling Street; Travels through Britain and Its Ever-present Past.  Watling Street? Yes, an historic road that crosses the Thames in London, and was used by ancient Britons, paved by the Romans, traversed throughout their time and throughout the Middle Ages, was —alas, my own ancestors!—the site of Boadicea's defeat and one of the major routes of Medieval England.  What Higgs does is start following this forgotten route at the planned comunity of Milton-Keynes (new in the 60s and obscenely not built for human beings). He dips  a wee into London, follows this half-forgotten route through such notable locations as the white  cliffs of Dover, Canterbury, Nottingham, (where he is given an interesting history lesson by writer Alan Moore (most notably know for his contributions to Marvel Comics)—and ends where the road does, in a parking lot in Northwest Wales.  He is greeted by the Welsh: "Tryd, troedia donnau amser" ("Come tred the tides of time.") The book is an odd but stimulating mashup of past and present, well-written, and a summer read if there ever was one.
Return to Table of Contents ​
Powered by