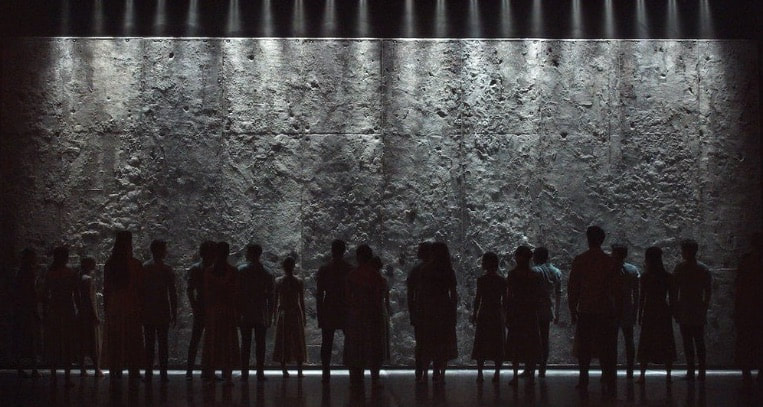 Dance to Inequality
by
Bronwyn Mills

This is admittedly an odd title for a piece on dance; but bear with me.  I used to be a dance reviewer.  Indeed, for a good 15 years I reviewed mostly experiential and avant-garde performances for a New England regional arts journal and local paper in an area to which New York dancers and choreographers had fled in order to develop their performances and still eat.  New York City had priced dance innovation too high for the many.  Oh, yes, there were the occasional big names, worthy though well-heeled; but what interested me in the work was the do or die experiment without discourse, the incantation of gesture on a daring scale.  For all the love I have of words—perhaps because of that—I believe that the profound and elemental effect of movement when dancer(s) and choreographers are "on" defies the written word.

Mind, I do not mean that dance, gesture, physical movement dispenses with what so many have identified as that which defines us as human—verbal communication.  As art we are talking apples and oranges:  dance is synesthesia, a multiplicity of thought, feeling, empathy, distress even, witnessed all at once. This kind of simultaneity is nigh impossible in the act of funneling thought into words: get down to brass tacks: "it"—whatever "it" is—must have a meaning.  Dance has many. All at once, thank you very much; and it is my contention that, in contrast to much contemporary writing, these can hit you square in the solar plexus.

This September, I was in London, renewing my acquaintance with an old friend.  We had not seen each other in over a decade; and she most generously welcomed me with a ticket to a performance at Sadlers' Wells of Akram Khan's version of the classic ballet, Giselle.  Now, I must admit, ever since I had to review all the local performances of The Nutcracker one Christmas season, ballet has not been my favourite form. Let us just say that the experience of cuteness in tutus, everyone's little darling with wobbly ankles nearly did me in.  It also has some unfortunate class associations.  Now, intellectually I knew better, but I  had a vague sense of foreboding, hoping that the performance I was about to see would not be traditional, too snooty or aesthetically constipated.  I'd been out of the dance world for some time.  To be truthful, it might be argued that I had become a rube.

Indeed, my fears were happily unfounded.  Khan, both as dancer and choreographer, has not just absorbed the western dance tradition, but draws from contemporary movement and his kathak Indian dance training.  The latter, speaking of words, is a form traditionally associated with traveling storytellers in northern India, Kathakars; and the form makes extensive use of hand and foot movements.  To my knowledge, it has not crossed the Atlantic to any degree; and I am not sure I could tease Kathak out from a Khan performance without clues.  What stood out in his Giselle was full body engagement:  a barefoot athleticism, a remarkable group coordination of hand, foot, and body movement, almost like watching the wind sweep over a field of wheat, and a determined avoidance of empty aesthetics. The kathak component and the more traditional ballet vocabulary blurred; and in only in one segment were dancers en pointe, recalling the formality of ballet but as "characters," if you will, who were ghosts.

Giselle is a 19th century romantic German ballet; in the original she is a peasant girl in an idealized "arcadia," as my program notes, who goes mad upon finding that her aristocratic lover has abandoned her, returned to his class and become engaged to another aristocrat.  Fine.  A bit of idealized schlock re: peasant—folk customs, costumes, dance—then bang up against the iron wall between the serfs, if you will, and that of upper class aristocracy.  Never shall the twain meet.   In Khan's version, the conflict is between—what is the euphemism, "occasional"—migrant workers—dubbed the "Outcasts" whose shop has been closed down and the upper class Landlords. A grim and implacable wall—and one can interpret that, yes, as the implacable wall of caste, of economic, social, and global inequality—a monolithic wall forms the central set; and though it is manipulated as the plot demands, it never goes away. Dancers sometimes enter the performance area by climbing up or down its surface. The music is jarring, often cacophony, a single dissonant tone.  One occasion when the wall lifts is to let the landlords in, to mingle with the great unwashed and to reel the class traitor back in; another, when the ghosts of dead workers enter the central stage to enact their revenge.

Giselle is one of the Outcasts; her lover, Albrecht, disguised as an Outcast to be with her but originating among the Landlords.  A virtuoso performer—he has some of the most electric solos—and utter slimeball, Giselle's would-be lover, Hilarion, is another kind of traitor:  he trades back and forth with the landlords to his advantage. Hilarion ends up being Giselle's murderer. Albrecht, on the other hand, accedes to being forced back into his class by his prospective father-in-law, though he does finally confront the Landlords. The ghost sequences performed by the Wilis, as they are called, are ghosts of workers bent on avenging the wrongs done to them in life. They appear, Act II,  after Giselle has been killed, en pointe. En pointe notwithstanding, they are menacing, dark, and ultimately Hilarion is brutally killed in their midst. At the end, Giselle and Albrecht meet in the land between life and death, and she forgives him.  He is left alone, collapsed in front of the set's monolithic wall. Bereft. Class traitor, race traitor—all the epithets one might conceive of that signify the uphill battle against that which powerfully separates us from one another.

One might argue that the plot is still a bit thin. But we are not rewriting The Grapes of Wrath. Rather this is a tale told in movement, gesture, dance that, by definition, must be broad, but it supersedes the plot; and it is interesting that, while the athleticism and grace of the performers is never absent, neither is ugliness and harshness—at that most skillfully rendered. The pas de deux, the more balletic vocabulary is never "pretty," but uses all the contemporary and other dance tropes to get through the complacency of an audience, perhaps expecting just an evening's entertainment. In one sequence, Giselle is lifted up by her partner and she struggles to be freed: each move is calculated, were we to slow the sequence down slo-mo; but the effect is of rapid, convincing and exhausting struggle.  The sequence is both clean, in terms of movement, but utterly convincing in its desperation. The ghost sequences, where a long pole in the hands of each dancer is thrust threateningly against the stomachs of Giselle, Hilarion, any invading principal, are both weapon and metaphor, wordless but gesturally replete.  One must recall, then, that Khan is deliberately alluding to the dissonances in exploiting labour, of the violence that human beings have done to one another in terms of economic exploitation, human rights violations blatantly promoted and sanctioned by world leaders, the predatory interconnections between local and global industries. Khan references Manchester's textile industry, his native Bangladesh, and the industry's global connections/oppressions; and, indeed, the intelligent costuming of the piece mirrors this, though not so much as to hit you over the head with it.  The playbill notes use the term, not unheard of in less aesthetic circles, "the violence of inequality."

While it is true that the single factor most predictive of homicide is income inequality, we are not speaking of the eruption of violence to be laid at the feet of the poor, rather of what Khan so eloquently and wordlessly shows his audience—the violence that inequality visits upon our fellow human beings in terms of forced movement, exploitative and grinding labour, the deliberate destruction of human connection.   It is not likely that those so exploited will see Giselle or other such efforts. Tragically dance audiences, at best, are Albrechts—if that violence is revealed to them/us, more often than not, they/we are relegated to the periphery.

RETURN TO TABLE OF CONTENTS
Powered by